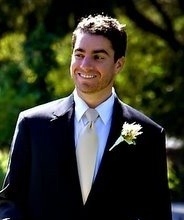 Ira Frydman worked with UNDP in Malawi to integrate disaster risk reduction into contingency planning, food security and environmental protection with a focus on floods and droughts. Ira initially worked on an initiative connected to the Department of Disaster Management Affairs (DoDMA) to help build capacity and conduct reviews of the current contingency plans for districts threatened by floods. He organized and helped to facilitate these reviews of district level contingency plans in four of the most flood prone districts. Ira also took an active role in helping to create a UN inter-agency flood contingency plan in order to better prepare the UN system to act in the event of a flood. He then shifted to looking specifically at how hazards such as floods and droughts affect food security in Malawi.

Posted at UNDP’s regional office in Nairobi, Ira’s primary responsibility was to manage the African Drought Risk and Development Network (ADDN). The ADDN, which is sponsored by UNDP’s Dryland Development Centre and the UN International Strategy for Disaster Reduction, was established as a multi-disciplinary platform to address the relationship between drought, risk and development in Africa. Ira contributed to a primer to climate change adaptation that was presented at the ADDN-sponsored Third African Drought Adaptation Forum, which took place in September 2008 in Addis Ababa. The forum brought together some 80 policy makers, government officials, UN agencies, donors, practitioners, members of the media, and applied researchers from across Africa and the Arab states.

Prior to the fellowship, Ira lived in the Central Valley of California working with the non-profit Community Alliance with Family Farmers (CAFF) as a Biological Farming Program Coordinator. At CAFF Ira primarily focused on a project whose aim was to work with almond growers to decrease pesticide and sedimentation runoff through the implementation of best management practices. He has an MS in International Agricultural Development with a concentration in sustainable agriculture from the University of California, Davis. While at UC Davis, Ira worked on biological-agricultural engineering of food waste for the production of usable energy. His interest in agriculture development began while working with subsistence farmers in Haiti as a Peace Corps Volunteer. Ira is originally from Milwaukee, Wisconsin.