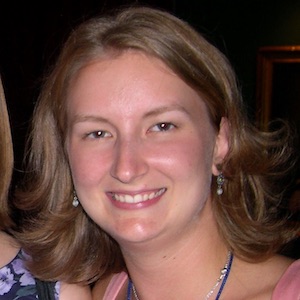 A native Memphian, Erin graduated from Rhodes College with a double major in English and anthropology/sociology.  She organized a student-run meals program that utilized food salvage from the campus cafeteria and served as the Hunger and Homelessness Coordinator.  For two summers she interned at the National Coalition for the Homeless in D.C. as a Civil Rights Policy Analyst and Grassroots Organizing Fellow.

Erin engaged the religious community in dialogue and advocacy around the root causes of hunger in Oregon.  She helped to expand the organization beyond the existing Portland roundtable by developing local roundtables in Eugene, Salem, and the northern coastal region.  Each meeting of the roundtables featured an educational component, and she conducted trainings in media outreach and messaging.

Erinworked with the Washington Office on issues of low-income housing and homelessness, TANF, and economic justice.  She prepared an educational resource for Presbyterian churches on housing education and advocacy, particularly focusing on the intersections between housing and hunger and ways that Presbyterians can enact long-term solutions for affordable housing.