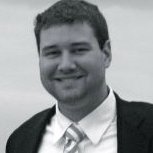 Brad is a 2007 graduate of the University of North Carolina at Chapel Hill, where he earned a degree in politics and public policy analysis and a minor in social and economic justice.  He studied abroad in South Korea and was named a Public Policy and International Affairs Fellow in 2006.  Brad served as a teaching assistant in the School of Social Work and worked with the Southwest Central Durham Quality of Life Project.  He also conducted an impact analysis of community gardens in Durham public housing communities and implemented a photography research project in the Kibera slum near Nairobi, Kenya.

Brad conducted a household food security assessment of low-income seniors and persons with disabilities living in subsidized housing.  Through surveys, focus groups, and interviews, Brad documented the degree to which residents experience hunger, identified contributing factors that cause hunger, and developed strategies to increase access to the emergency food system.

As part of the Health Policy team, Brad worked to convene a child nutrition roundtable discussion at La Raza’s annual conference that incorporated the perspectives of Hispanic serving community-based organizations, researchers, advocates, and other major stakeholders.  He also wrote a paper analyzing the trends of poor nutrition and hunger and their co-mobidities among Latino children.

The Food Security for Seniors and Persons with Disabilities Project