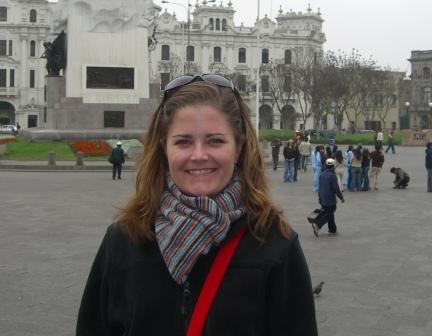 Amanda developed a food security strategy for drought-ridden regions of southern Honduras. The year-long process she designed included a livelihoods analysis, a nutritional assessment, and an extended participatory rural appraisal with elected community representatives. The strategy was also informed by a study Amanda conducted on hunger and international migration from southern Honduras.

Amanda has an MA in International Development with concentrations in public health and community development from American University. She managed a Migrant Outreach Program for three years, supervising a staff of 14 outreach workers and drivers, which provided health outreach services to a population of 25,000 migrant farmworkers in southern New Jersey. Amanda was also a Peace Corps Volunteer in Honduras, where she worked primarily with youth and with midwives as a health extensionist. Prior to joining the Peace Corps, Amanda was an International Affairs Officer at the U.S. Department of State in the Office of Cuban Affairs. She earned her BA in International Affairs from George Washington University.