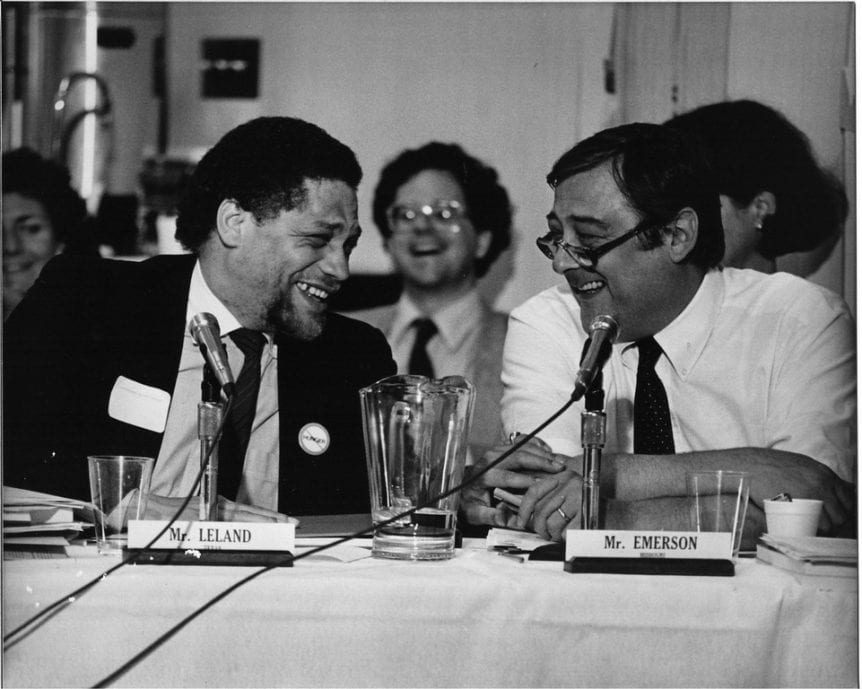 Today, January 1, marks what would have been Rep. Bill Emerson’s 82nd birthday. Rep. Emerson dedicated his life to public service and crossing political lines to bring people together. He is survived by family, friends, and through his tireless work to end hunger.

Emerson was born in 1938 in St. Louis, Missouri, where he spent the entirety of his childhood. After obtaining his bachelor’s degree from Westminster College in Missouri, he went on to earn his law degree from the University of Baltimore.

Emerson’s political career began at a young age, when he served as a House Page at the age of 16—an experience that would mark the beginning of a life of public service. While in law school, he continued his work on the Hill as a Congressional aide for Rep. Robert Ellsworth (R-Kan.) and then Rep. Charles Mathias (R-Md.). In 1980, Emerson was elected to represent Missouri’s 10th Congressional District (which later became the 8th District), representing the southeast corner of that state. His passion for bi-partisan work and his leadership would contribute to his subsequent reelection to the seat seven times until his death in 1996. His wife Jo Ann Emerson succeeded him in office and served until 2013. 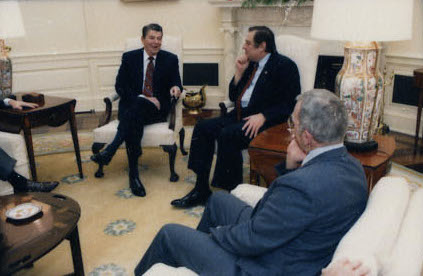 As a Member of Congress, Emerson sat on the Agriculture Committee and worked and the House Select Committee on Hunger, where he worked with colleagues from both parties to advance anti-hunger policies and initiatives. During his time on the House Select Committee on Hunger he formed a close friendship with Rep. Mickey Leland (D-Texas), and the two worked collaboratively together to address issues of domestic and international hunger. Throughout his 15 years, Emerson supported legislation focused on hunger, housing, and homelessness issues, including The Emergency Food Assistance Program (TEFAP), the Mickey Leland Memorial Domestic Hunger Relief Act, the Mickey Leland Childhood Hunger Relief Act, and the Low-Income Housing Revitalization Act. At the time of his passing, Emerson had been advocating for legislation to reduce barriers for the donation of surplus food to non-profit organizations. When the proposal passed in 1996, it was renamed the Bill Emerson Good Samaritan Food Donation Act in his honor. Also named in his honor is the Bill Emerson Humanitarian Trust, a special authority which allows USAID to respond quickly to unanticipated crises with U.S. commodity foods, most recently activated for the crisis in South Sudan in 2014. 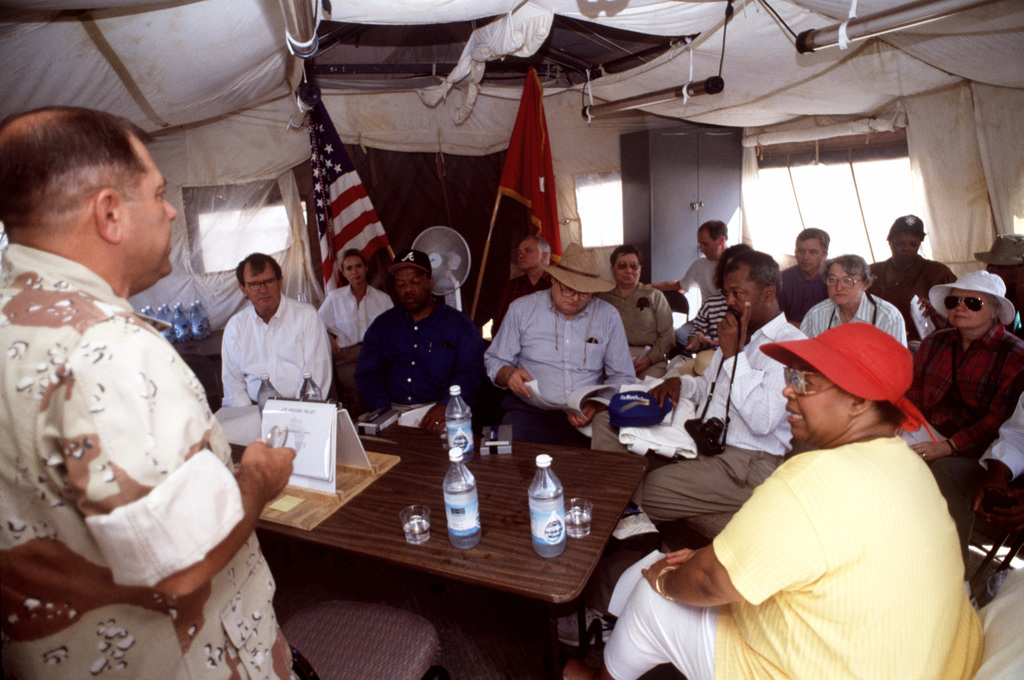 Rep. Bill Emerson (R-Mo., 6th from left) and Rep. John Lewis (D-Ga., 4th from left) are briefed on humanitarian aid efforts of Operation Provide Relief in Mombasa, Kenya, during a 1992 fact-finding mission to Somalia, which the two men led.

In 1993, the House of Representatives allowed numerous select committees to expire including the House Select Committee on Hunger. Upset by this decision, Emerson joined forces with Rep. Tony Hall to found the Congressional Hunger Center, an organization focused on developing leaders to end hunger. Emerson and Hall would serve as the organization’s first co-chairs. The Congressional Hunger Center’s Bill Emerson National Hunger Fellowship is named for Emerson to serve as a living legacy to him and his commitment to ending hunger in the United States.