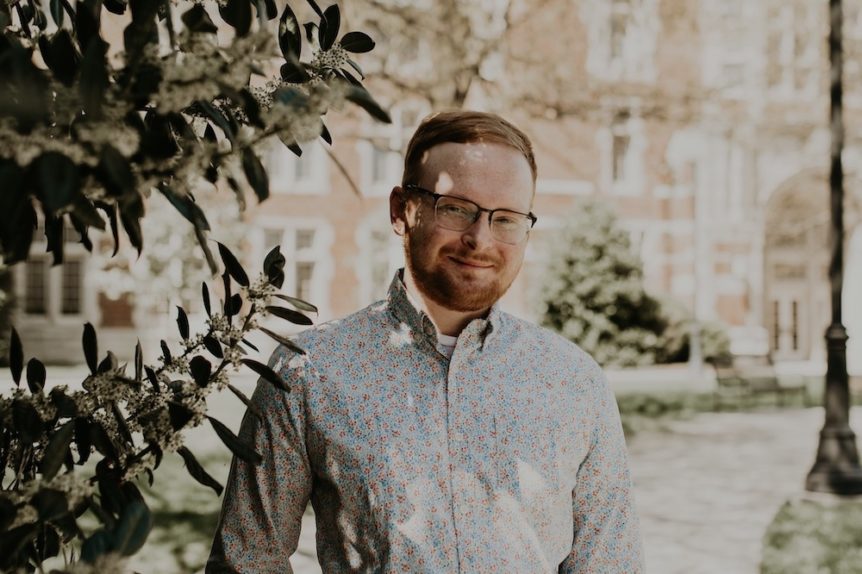 In my policy placement I helped to develop a long-term housing and tax policy campaign with RESULTS Educational Fund. The content, size, and scope of my workplan was ambitious, but I knew I was up to the task, and I could not have been happier with my placement, the work I did, the skills I gained and developed, and the people I networked with.

RESULTS is an anti-poverty grassroots lobbying organization that works to educate grassroots advocates on how they can use their voices to influence policies and legislators. The organization works on global and domestic issues. On the global side, they work on nutrition and the fight against tuberculosis, malaria, and AIDS. On the domestic side, they work on child nutrition, the Child Tax Credit (CTC), the Earned Income Tax Credit (EITC), and affordable housing. Throughout its history, RESULTS has worked on building bipartisan support for policies that lift people out of poverty.

I worked with the U.S.policy team on the intersection between tax policy and affordable housing issues, assisting in the development of a long-term, multi-year grassroots-led campaign. My work on affordable housing was part of a larger movement to create a more progressive tax code that works to address poverty and housing insecurity — issues that are very close to my heart due to my own experiences with poverty, federal assistance, and rent-cost burden.

On a more granular level, my work at RESULTS included reviewing existing housing programs and the gaps that exist in these programs. I also conducted outreach to internal and external stakeholders, strategically planned for developing and launching the campaign, developed campaign resources and materials, and got media published to educate RESULTS grassroots volunteers and various stakeholders.

Addressing housing insecurity and poverty is a crucial step toward ending hunger. Millions of people experiencing poverty in the United States are forced to decide between spending their incomes on housing, healthcare, childcare, food, or other necessities. This, among other issues like lack of quality grocery stores in low-income communities, can help us understand this relationship. Research shows that people who are housing-insecure and people who spend over 30% of their income on rent are more likely to experience food insecurity.

Tax reform has a large part to play in addressing affordable housing. The movement toward meaningful tax reform starts with the recognition that the tax code, as it exists now, mainly serves to benefit wealthy people and corporations. While the campaign I worked on is rooted in getting assistance to renters who are struggling, it also fits within a larger narrative of rethinking what the tax code and the Internal Revenue Service can be and how they can be redesigned to better help people. Existing policies do little to address wealth disparities or create opportunities for people with low and middle incomes to build wealth, furthering historic disparities, especially racial and gender disparities.

However, the expanded CTC and EITC showed, the tax code can be used as a powerful tool in reducing poverty and income and wealth disparities. These programs, in the form of fully refundable tax credits, helped offset the cost of raising kids and provided a boost for workers’ incomes. The CTC alone reached 61 million children and cut child poverty by almost 30%. Building on the success of these programs, the campaign I helped design hopes to combine their housing and tax policy work to help people afford their rent and other necessities, continuing efforts to advocate for the CTC and EITC and exploring new ways to provide relief through the tax code.

These programs were effective because they were relatively simple in terms of delivering the benefit – they put cash directly into people’s pockets through the tax code. These programs were not overly-paternalistic or restrictive, and they relied on the belief that people know what their needs are and how to best spend their money. Families were able to use this direct cash assistance to buy food and clothing, pay for healthcare and childcare, catch up on debt and rent payments, and more. Cash payments also allowed people to replenish or grow their savings for long-term financial stability.

Stepping back from my work, I appreciated the people I met; the skills and knowledge in campaign development, stakeholder engagement, and grassroots communications and technical assistance that I gained; and the perspectives I developed – all of which helped me to grow to become a better advocate. I took advantage of various networking opportunities and have met people from a variety of backgrounds, working in fields related to housing, poverty, foster youth, survivors of domestic violence, and more. I learned how to run a successful campaign (regardless of outcome) with lots of moving pieces, informed by grassroots advocates with diverse backgrounds and experiences. While I recognize we have a long way to go to end poverty, food insecurity, and housing insecurity, I feel that my placement and the fellowship prepared me to be a leader in these fights.