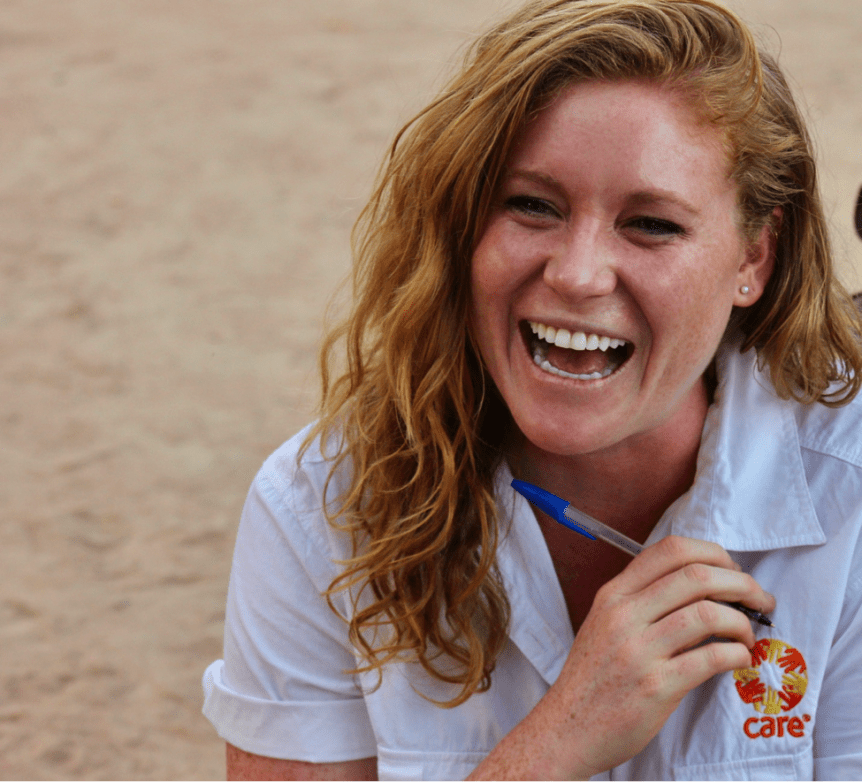 Children whose early growth is stunted by malnutrition face challenges to their healthy development for the rest of their lives—and no amount of future gains can make up for what is lost in the first 1,000 days of life. While improving nutrition for communities facing high rates of stunting would yield enormous benefits for developing economies, some governments are failing to allocate sufficient resources to address the problem. Leland International Hunger Fellow Amelia Foley is working with CARE International in Zambia to improve nutrition and reduce the high incidence of stunting there.

“For a better country, we need to have better nutrition and good health. That is why this project has been so fantastic…we have seen high levels, in terms of [food] production and high intake of diverse diets.”

It’s hard to resist the infectious charm of the man referred to as the heart of the project. Winifred’s stalwart dedication to his work—standard operating procedure is a 12-hour day—and his verve for nutrition-sensitive agronomic practices (his spirited promotion techniques married with his technical mastery has even the staunchest mono-croppers diversifying) are as contagious as his smile. 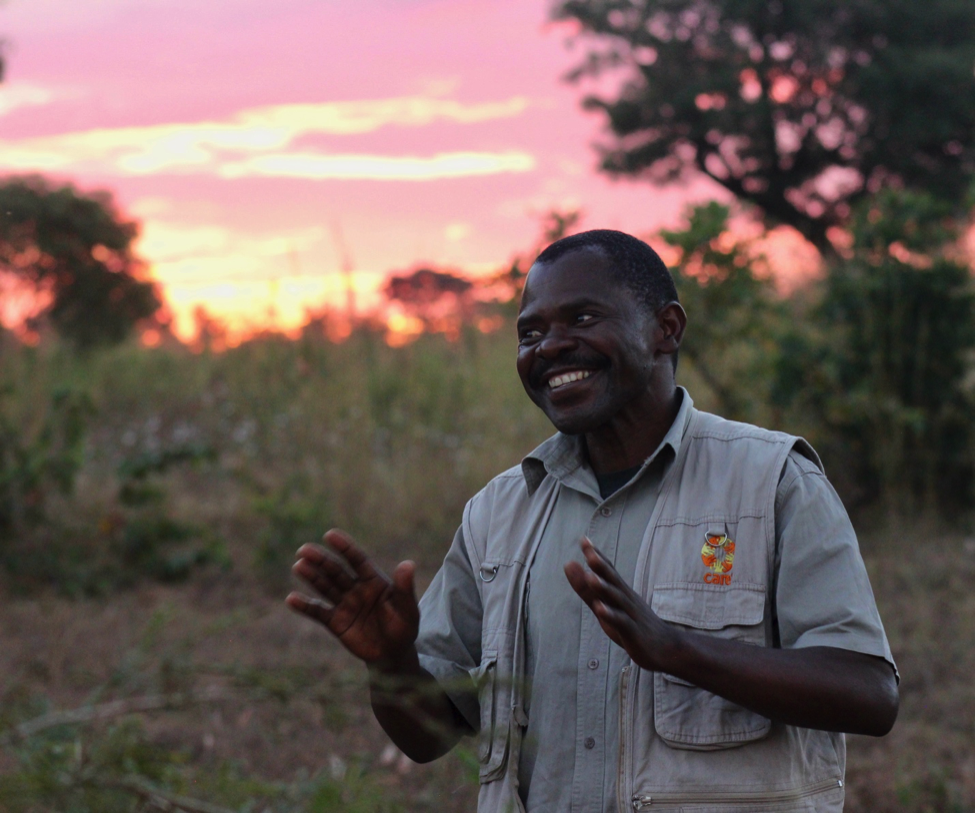 Mr. Winifred Mwale recounting how his youngest child smiles at the most illogical moments.

CARE International is a worldwide confederation that fights global poverty and provides emergency disaster relief. I, Amelia Foley, nutrition justice advocate, laughter enthusiast and Leland International Hunger Fellow, am assisting with an evaluation (what I like to call data-driven storytelling) of a food and nutrition security project, currently called FANSER. 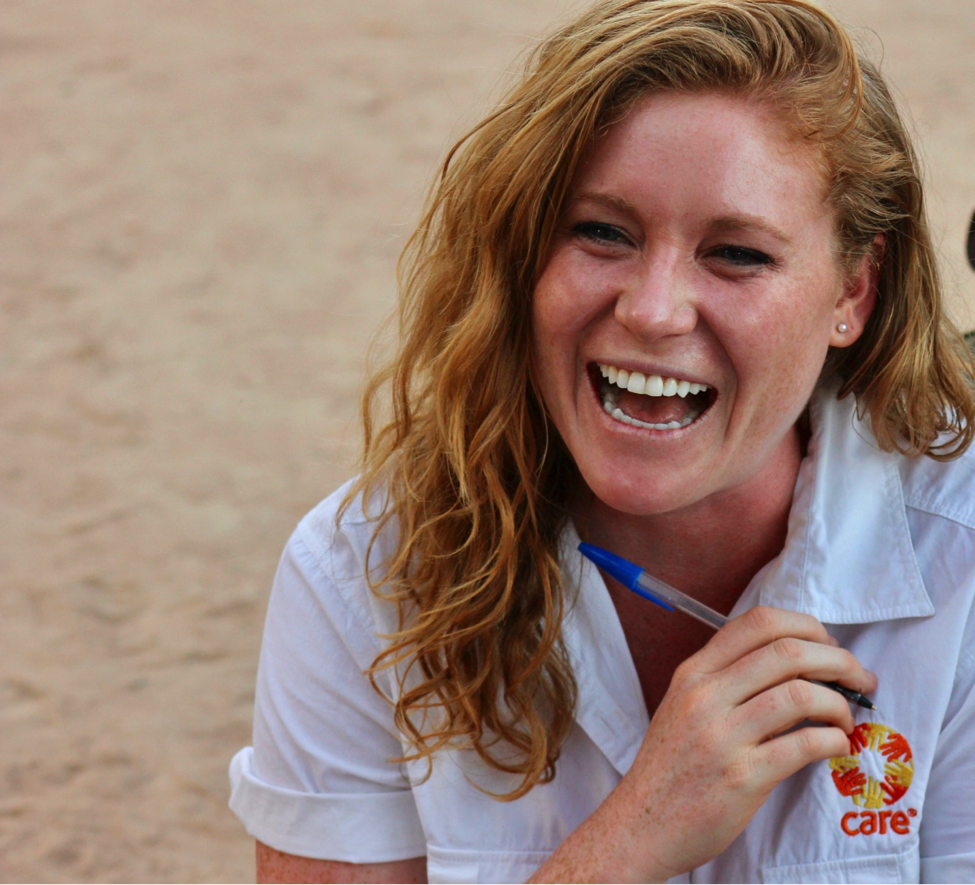 Amelia contemplating how a participant might draw “the reduction of diarrhea” in a culturally-aware manner during an interview with a project beneficiary.

The levels of malnutrition in Zambia are some of the highest in the world. The rates of stunting (low height-for-age) are even higher than the national average in the country’s Eastern Province; the 2014 District Health Survey found that 43.3%, almost half of the children under five in Eastern province, are stunted1. This physical manifestation of chronic malnutrition robs children of their future health and well-being.

“I see less malnourished children; children are healthier. Parents used to spend a lot of time and money going to the clinic to take care of their sick child, now you see that that time is spent doing other stuff and that money is being used on things—like farm inputs.”

For two and half years, the CARE team has worked to increase the consumption of nutrient-rich foods among pregnant women, lactating women and children under the age of two.

“The biggest change has been the health of my child”

As the Nutrition Policy and Advocacy Advisor, I contribute to CARE-Zambia’s community-based and high-level nutrition efforts. Evoking the Keep It Simple, Stupid! (K.I.S.S!) mantra of my fellow-friend/friend-fellow Grace Heymsfield, I harvest data (survey results, policy maps, stories, budgetary analysis), explore findings, and then share discoveries in an attempt to provoke meaningful action. Through this work, I strive to amplify the voices of program participants, contribute to CARE-Zambia’s nutrition-related capacity and transform decision makers into accountable nutrition champions.

The importance of an enabling environment, “environments in which the basic social, economic and political conditions are broadly favorable to nutrition,” is highlighted in virtually all of the modern frameworks associated with nutrition2. The evidence is abundant and conclusive: investing in nutrition would have a large-scale positive impact, but thus far the Zambian government’s financial and executive support for nutrition has been insufficient3. A common question is how do we make national level decision-makers into nutrition champions?

During my field placement, I have been contemplating a potential approach to create nutrition allies: can Non-Government Organizations (NGOs) leverage their unique position and ethically share participant’s stories in an attempt to create a critical mass of impassioned nutrition advocates4? Non-Government Organizations, like CARE-International, who function as community-based program implementers and high-level influencers are well positioned “Connectors.” Using the Malcolm Gladwell classification, “Connectors” are persons who galvanize individuals by telling stories that focus on people5.

In order to achieve sustained political commitment to nutrition we need allies at every level and in every branch of government. I believe it would behoove the nutrition community to heed Joni Mitchell’s crooned advice and look at behavior change from “both sides now, from up and down.6” Social and Behavior Communication Change (SBCC) is a burgeoning field that seeks to change behavior through communication and increasingly capitalizes on our inborn hunger for stories. In the beginning of this piece, I could have inundated you with numbers, detailing the achievements of the CARE project, but I chose to illustrate impact with change stories; a decision backed by neurobiological evidence.

In the upcoming months, I’ll endeavor to harness the vast potential of storytelling to share the experiences of CARE participants with decision makers in the government system78. Preventing the crippling and widespread effects of malnutrition must become an acted-upon development priority, because unlike Esther’s football team moniker, people, especially Zambia’s future generations, shouldn’t have to suffer to win.