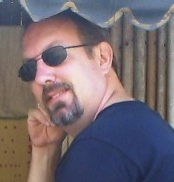 At Africare, Steven Myers created nutrition education materials geared at promoting the health outcomes of people living with HIV/AIDS. He worked to arrange the translation of the materials into Xhosa, the local language, to help ensure that those working in rural areas would have access to the literature. The materials provided practical information and guidance concerning the nutritional management of HIV/AIDS-related symptoms, specifically for pregnant and breast-feeding women as well as infants and children. The materials were distributed to clinical staff, home-and community-based care givers, and PLHIV support groups in three districts of the Eastern Cape Province. Steven also worked to produce a monitoring and evaluation plan to determine the future impact of the nutrition materials on treatment and behavior.

Steven Myers worked in the Public Policy and Advocacy Department at Save the Children, the leading independent organization creating lasting change for children in need in the United States and around the world. He focused on policy issues which impact children’s lives in the areas of food security, livelihoods, agriculture, nutrition, and HIV/AIDS. It is critical that the needs of children and other traditionally underserved groups are accounted for at every level from local to global, and this was one of the primary goals of Steven’s work on behalf of Save the Children. His efforts helped to ensure that Save the Children’s experience and perspectives were represented in policies at the national and international level, including the US Global Food Security initiative (Feed the Future), the World Bank-managed Global Agriculture and Food Security Program and the United Nations’ Committee on Global Food Security. His work also included advocacy on policies regarding civil society participation in policy debates, US foreign aid effectiveness and Farm Bill reauthorization in Congress.

Steven completed his MPA at the University of Washington, where he participated in the Evans School of Public Affairs’ Peace Corps Masters International program. Previously, he served as a Peace Corps volunteer in Benin as an Organizational Development Advisor to the Center for Arbitration, Mediation, and Conciliation of Benin. In 2006, Steven graduated magna cum laude from the University of Washington with a BA in the Comparative History of Ideas, after interning with the Department of Social Services of the Western Cape, South Africa, where he conducted an evaluation of department-funded HIV/AIDS support programs. Prior to completing his BA, Steven worked as an Online Marketing Manager for an insurance company in Seattle, and before that served for twelve years in the U.S. Air Force. Steven grew up in Seattle, and although he has traveled all over the world, he still calls it home.

Opportunities to Use Procurements to Create Nutrition-Sensitive Development Projects