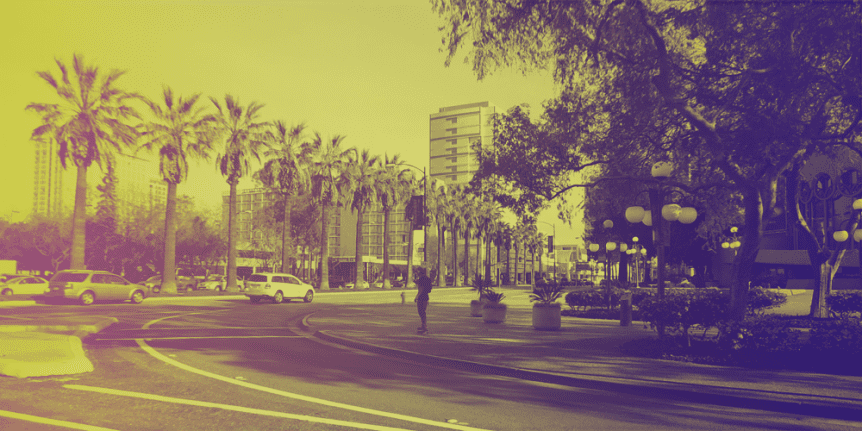 Our series on Emerson Fellows and their field work continues with a visit to Sam Stevens and David Lazere, both partnering with the Second Harvest Food Bank of Santa Clara and San Mateo Counties.

It is difficult to believe my time at Second Harvest Food Bank of Santa Clara and San Mateo Counties is almost over, five months has flown so fast. Second Harvest, or SHFB for short, has been a wonderful place to work and learn. I am in the final stages of a report that identifies the barriers to growth and opportunities for expansion of the Federal Summer Nutrition Programs. My project has seemingly taken me down every highway, through each town, and into (nearly) every school district in San Jose. I have spoken to dozens of people who administer summer programs that mitigate childhood hunger and I am grateful for how openly they have shared the challenges that their programs and students face. I am compiling their insights to produce a final product that local officials and non-profit leaders alike can use to understand how to feed more children during the summer months in Santa Clara and San Mateo Counties.

Through meeting with many people representing a variety of different organizations in the two counties, I have been able to develop my communication skills. I have conducted many interviews with nutrition services directors, non-profit leaders, and even librarians to learn how to improve the summer meal programs. In addition, I accompanied leaders at SHFB to meetings with everyone from early childhood education advocates to food policy experts, school administrators to public health practitioners. In the past five months, I caught a snap-shot of SHFB’s robust web of community partners, collaborators, and friends. I have been lucky to observe how SHFB’s leadership not only maintains these connections, but finds the intersections between their mission and those of others to develop action steps that reduce poverty and hunger in the community and advance the goals of all parties involved. I can only hope to take with me to Washington a little of the bridge-building expertise I have seen at SHFB.

Outside of the office, I have tried my best to explore the Bay Area and all of its charm. Moving to San Jose was my first time on the West Coast, so I have tried to make the most of my far-too-short time here. I take the train to San Francisco as much as I can to eat fresh sushi and watch the seals bounce in the Bay waters. I was recently fortunate to see Gray Whales in Monterey Bay and even saw some adorable otters floating on the waves.

Yet just like the nature and vibrant culture, the inequality in the Bay Area is impossible to miss. The state-of-the-art office buildings, brand-new strip malls, and shiny private buses full of tech workers are the unmistakable markers of the infamous gentrification dousing Silicon Valley. In interviews, school nutrition directors worried over rapidly falling enrollment rates in public schools. Families are being forced far south of San Jose or even farther east, into the Central Valley. Some families relocate to these places but still make the three hour (or more) commute to San Jose for work. The exorbitant housing prices are the talk of the town. Many schools reported multiple families living together in single houses or even entire families living in garages. At SHFB, we know that the skyrocketing cost of living pushes people into our food distribution queues.

As I dot the i’s and cross the t’s on my report, I have been thinking about my work’s impact. In the short term, I hope that my report will show leaders in Santa Clara and San Mateo Counties steps that they can take immediately to expand meal programs for summer 2017. In the long term, I hope that SHFB can use my report to interest local leaders in the ways they can build summer meal infrastructure that will be sustainable for many summers to come. Hopefully, more children will have access to healthy, cost-free meals in environments where they feel safe and welcome.

With less than two weeks left in my field placement at Second Harvest Food Bank, I’ve been spending more time thinking about how grateful I am for the opportunity to work here. There’s a lot that distinguishes Second Harvest. They are one of the largest food banks in the country, serving a quarter of a million people in a geographic area spanning urban and rural communities, a two hour drive (longer during rush hour), and a 10 degree temperature gradient. They are also able to distribute all of their food for free, and to ensure that fresh produce makes up more than half of the food passing through their warehouses.

But what stands out to me the most is that Second Harvest is, in every sense of the word, an institution, both in the Bay Area non-profit world and the communities it operates in. When I tell people where I work, it’s not uncommon for them to tell me that they’ve donated money or volunteered there, and at the very least they almost definitely know the name.

This is partly because of its size, and because it has existed for so long. But maybe more importantly, Second Harvest prioritizes community outreach. As a food bank, they distribute more to other organizations than to individuals, so they do not do much on-the-ground work. However, they have deep connections with grassroots and community led groups throughout their service area, and they rely on this network to make sure that they always have a pulse on the specific needs, and wants of the communities they work with.

In 2016 Second Harvest made the decision expand their work beyond traditional food banking. Recognizing that they are situated in one of the most unaffordable regions in the country and that many families are food insecure because they are severely rent burdened, they recently endorsed an affordable housing measure in Santa Clara County and are hoping to move further into the policy sphere. They are also hoping to identify and work with other organizations in the region that provide meals to the community, in order to strengthen their collective impact.

I have been working here as part of the School and Community Meals Team, created over the summer as part of this broader shift in Second Harvest’s agenda. The team is led Cindy McCown who, in addition to being an accessible and supportive supervisor, is also a veteran of the Bay Area anti-hunger world whose community connections and institutional knowledge have been absolutely invaluable to all the work we’ve done. As part of this team, We have been working with schools and community organizations that operate as sites for federal child nutrition programs – libraries, Boys and Girls Clubs, etc. – to help them ensure that all children in need of meals can access these free, federally funded programs.

Because this is new turf for the food bank, it has involved a lot of trial and error. We’ve coordinated with school districts and libraries to provide equipment, branding, and grant-writing assistance. We also ran several breakfast contests in elementary schools, showing up in fruit costumes and encouraging kids to eat breakfast in order to win prizes for their school.

The bulk of my work has been writing a report advocating for the importance of increasing breakfast participation, aimed both at school district leadership and local elected officials. The report highlights several best practices in school breakfast, and offers information and resources for districts that want to increase their participation numbers by implementing a Breakfast After the Bell or Universal Free Breakfast model.  My suggestions draw on existing research as well as interviews with principals, nutrition directors, and teachers in the two counties. I spent my first few months here compiling school and district level data in order to highlight the breakfast meal gap in Santa Clara and San Mateo Counties in the report. Many nutrition directors I interviewed me that superintendents tend to be most swayed by financial arguments, and so I also included in the report the additional money each school district could receive if they bring their breakfast participation levels up to that of their lunch participation.

I’ve learned a lot from watching how my supervisor thinks about our work with school districts. She feels strongly that it is not our place to tell any school or district how to run their meal program. Instead she approaches the work by connecting with districts that seem interested in increasing breakfast participation, and figuring out how we can work with them to remove roadblocks or build their capacity towards this goal.

It has been a privilege and a learning experience to be part of this team as we navigated new terrain and tried to find where we could most impact participation in these child nutrition programs. I have also learned a lot about how food banks interact with and fit into the broader anti-poverty movement, which has informed the ongoing process of building my personal theory of change and figuring out where my own work is towards that change.

I’ll most likely be spending my last few weeks in California tying up loose ends at the food bank, crossing a few more items off my west coast bucket list (unfortunately, I arrived too late to go to the Gilroy Garlic Festival or see Miss Garlic crowned), and continuing to reflect on my time here.