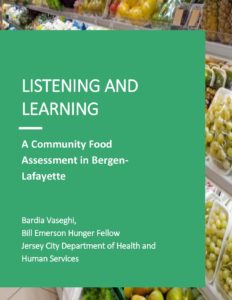 Listening and Learning: A Community Food Assessment in Bergen-Lafayette

Download "Listening and Learning: A Community Food Assessment in Bergen-Lafayette" 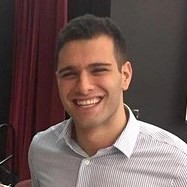 Born in Tehran, Iran, Bardia immigrated to the United States when he was four years old and grew up in Texas and New Jersey. Having already tried out the South and the East Coast, he then studied History and Political Science at the University of Michigan, where he graduated with highest distinction and was deeply involved in student government initiatives to improve the university’s accessibility to low SES students. As an intern in the Obama White House and in Senator Stabenow’s Washington, D.C. office, Bardia researched and advocated for state and federal policies to combat poverty and hunger, focusing primarily on efforts to increase funding for affordable housing and bringing attention to the detrimental impacts of SNAP cuts.