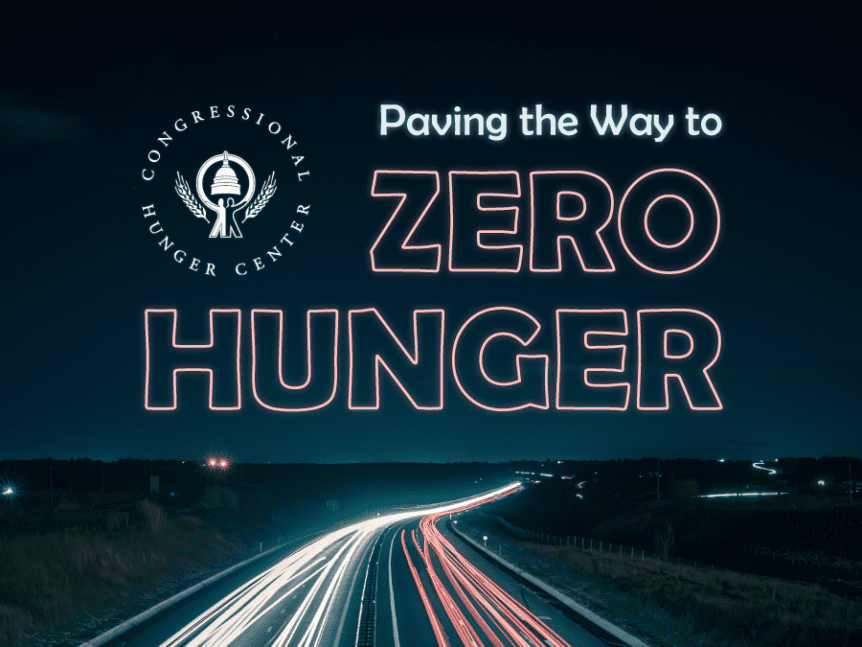 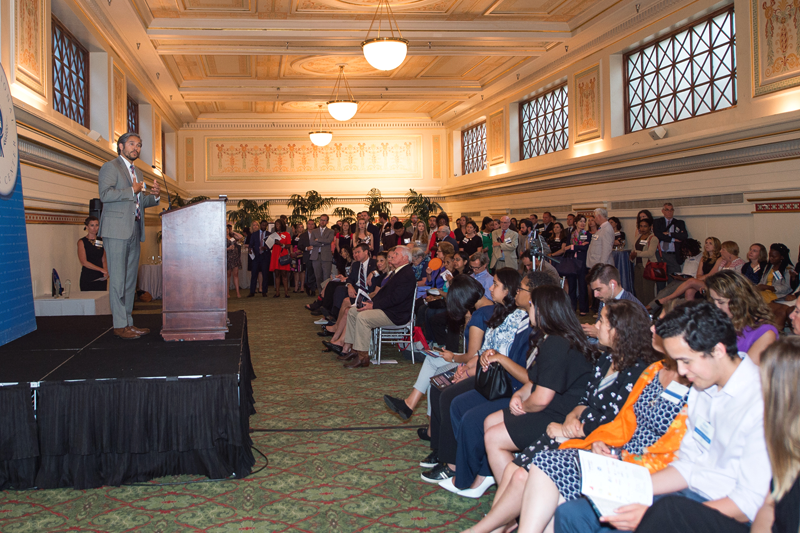 Five anti-hunger champions were recognized at the 2019 Hunger Leadership Awards on Tuesday, July 9th at the Columbus Club in Union Station, Washington, D.C. The event drew attendees from government, philanthropy, business, and nonprofit sectors, as well as current and former participants in our leadership development programs.

Watch the presentation of the awards and speakers’ remarks.

Senator Young was recognized for his leadership in support of a negotiated peace process in Yemen, where millions of people are caught up in one of the most pressing hunger crises in the world today. 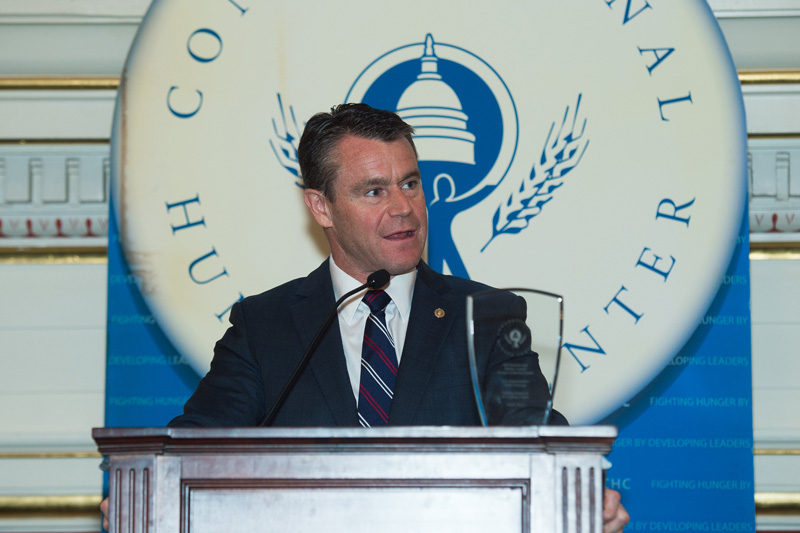 “I fully recognize that this is a mere milestone until we are able to bring real peace to the men, women, and children of Yemen, and we can recognize no hungry people within the next eleven years; I, too, share that goal.” —Sen. Todd Young

Representative Peterson, chair of the House Agriculture Committee, was recognized for his protecting SNAP, the most critical domestic anti-hunger program, from cuts during the 2018 Farm Bill. 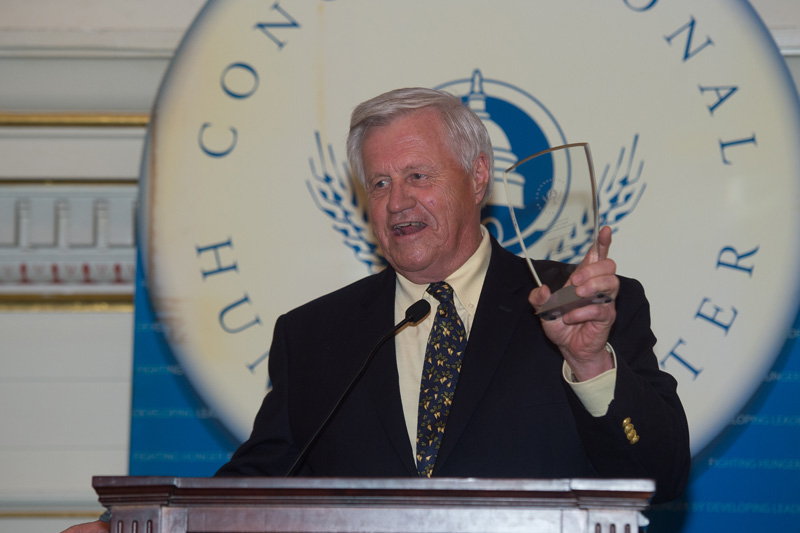 “We understand that without having the nutrition part of the Farm Bill, we wouldn’t have a Farm Bill…we will continue to support SNAP…” —Rep. Collin Peterson 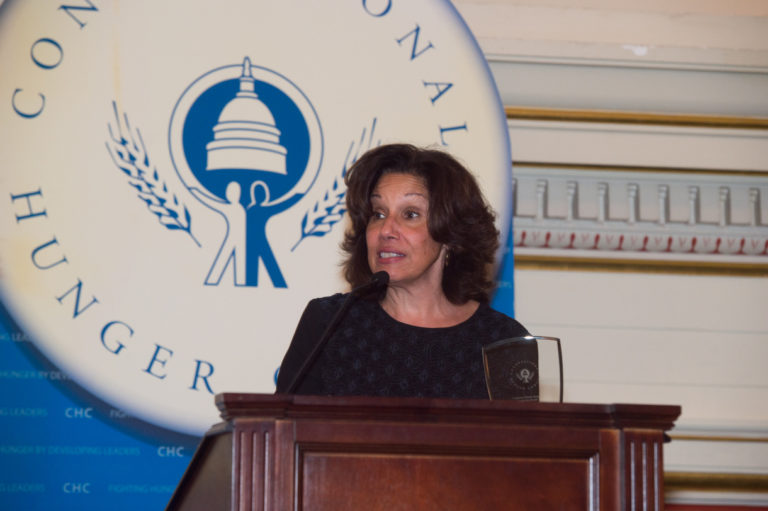 “We are committed to engaging youth in the goal to end hunger now, so they don’t have to deal with this problem in their futures.” —Joan McGlockton

Leland Hunger Fellow Alum Adam Norikane was recognized with the Congressional Hunger Center Alum Hunger Leadership Award. Since his fellowship, Adam has worked with USAID, and was involved in the agency’s response to droughts in Somalia in 2010-11 and 2016; thanks to Adam and others’ timely intervention with emergency assistance in the latter case, a famine was avoided.  Adam’s continued efforts to eradicate hunger in Kenya, Tanzania, and elsewhere through his work with USAID serve as a model of the devotion and leadership we hope all Hunger Fellows will go on to exhibit after their fellowship. 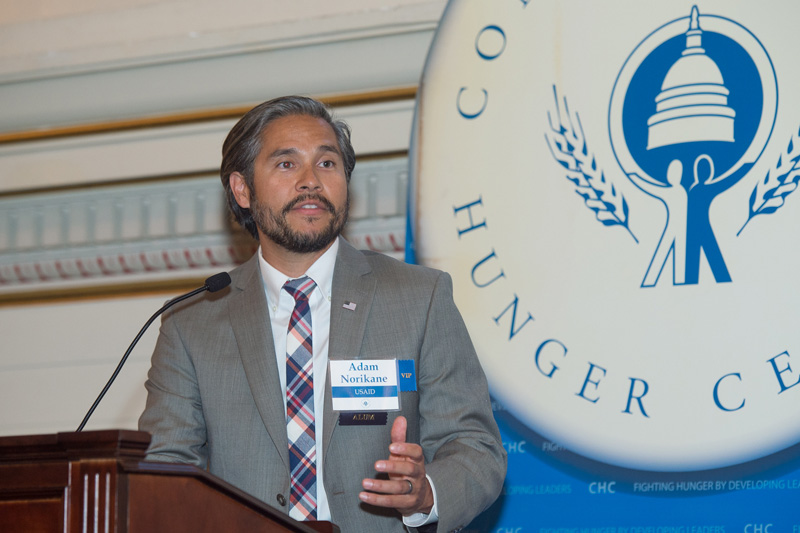 “I accept this award on behalf of all of us, because I know there are hunger champions throughout this hall, who are doing the hard things, and making the hard choices, and doing what is morally right.” —Adam Norikane

(To read more about Adam, read his profile in our 25th Anniversary Alum Report)

Finally, Dora Martinez was recognized with the Bill Emerson National Hunger Fellowship Field Supervisor of the Year Award. Dora has supervised two of this years’ Emerson Fellows at the Community Food Bank of Southern Arizona in Tucson and provides by guidance and example the kind of leadership we hope to cultivate in all Hunger Fellows. 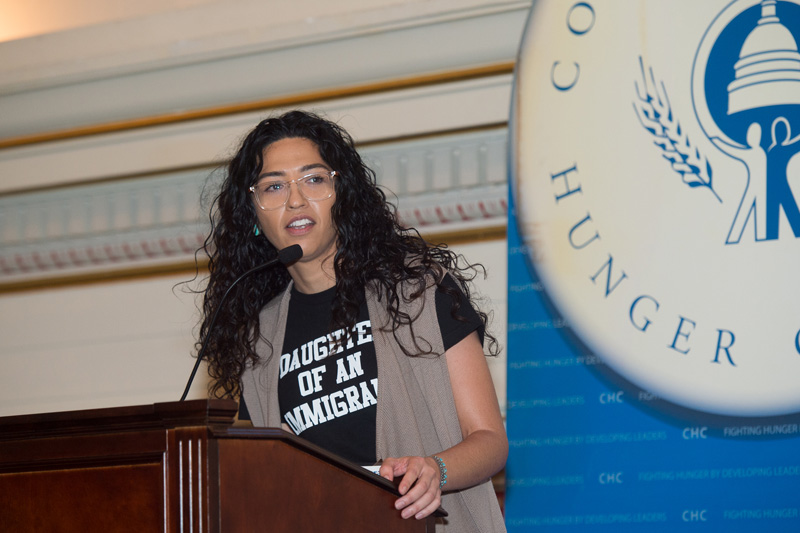 “I especially want to thank the Hunger Fellows, as they are really challenging and reshaping the organizations that we work in, including the Hunger Center.” —Dora Martinez

The theme of this year’s event was “Paving the Way to Zero Hunger,” referencing both the UN’s Sustainable Development Goal #2 (Zero Hunger by 2030) and our own Zero Hunger Initiative, now in its second year. The Summer 2019 Zero Hunger Interns were on hand to introduce the award recipients and share how they hoped to make a difference in the movement to end hunger. 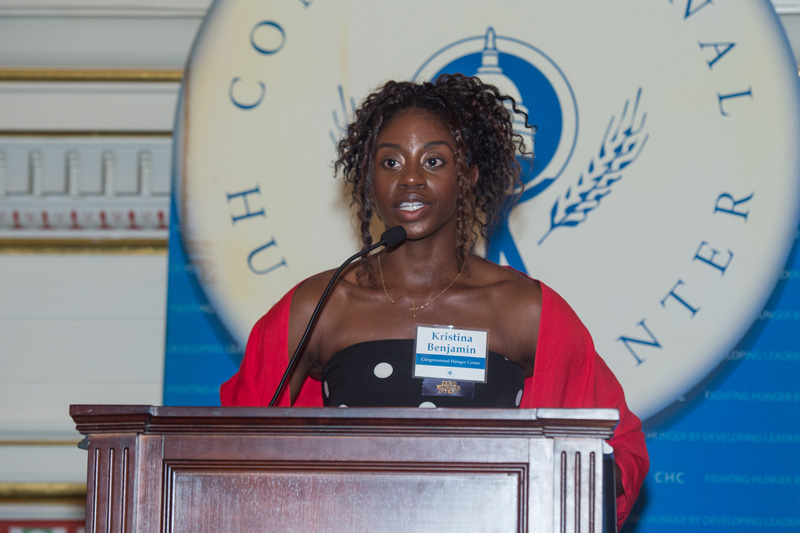 “I am committed to the goal of zero hunger by 2030 because I recognize that hunger does discriminate. Our job is not done until everyone has consistent and dependable access to nutritious food.” —Zero Hunger Intern Kristina Benjamin

As guests arrived at the ceremony, they had the opportunity to pack a backpack with shelf-stable food as part of PepsiCo’s Backpacks for Good program. Two hundred and fifty backpacks were filled in the course of the evening and were donated to D.C. Central Kitchen for distribution to children in the community. 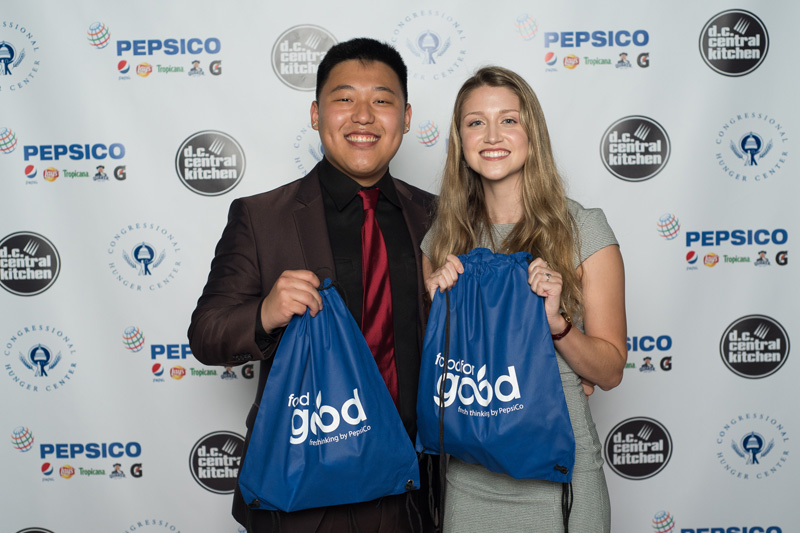 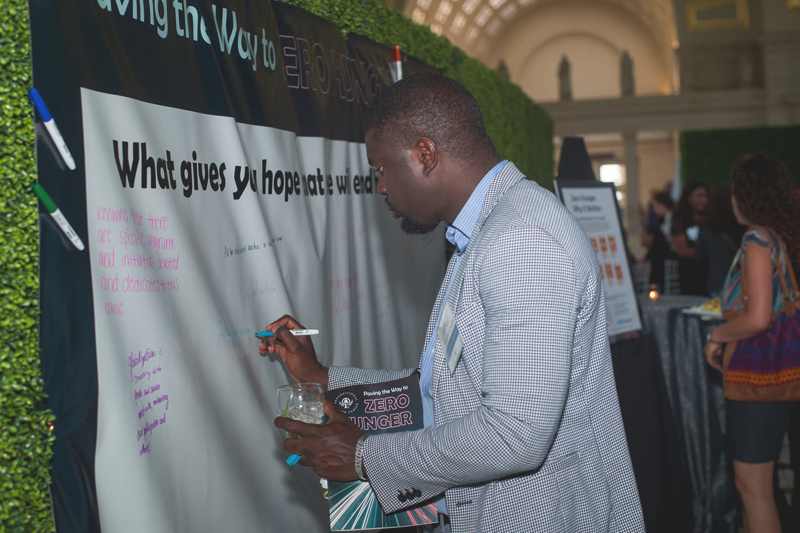 Guests also shared what gives them hope for achieving zero hunger by 2030.

The 2019 Hunger Leadership Awards was made possible with the generous support of PepsiCo, The Kroger Co. Foundation, General Mills Foundation, Kraft Heinz, and Walmart, among many others (view the full list of sponsors here). Proceeds from the 2019 Hunger Leadership Awards go to supporting our leadership development programs, including the Bill Emerson National Hunger Fellowship Program, the Mickey Leland International Hunger Fellowship Program, and Zero Hunger Initiative. 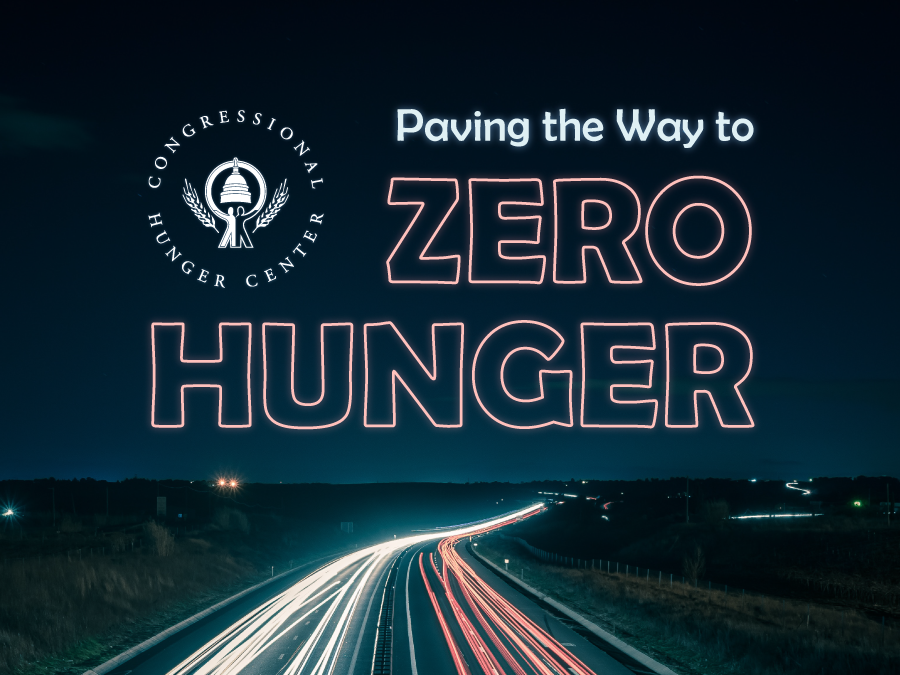