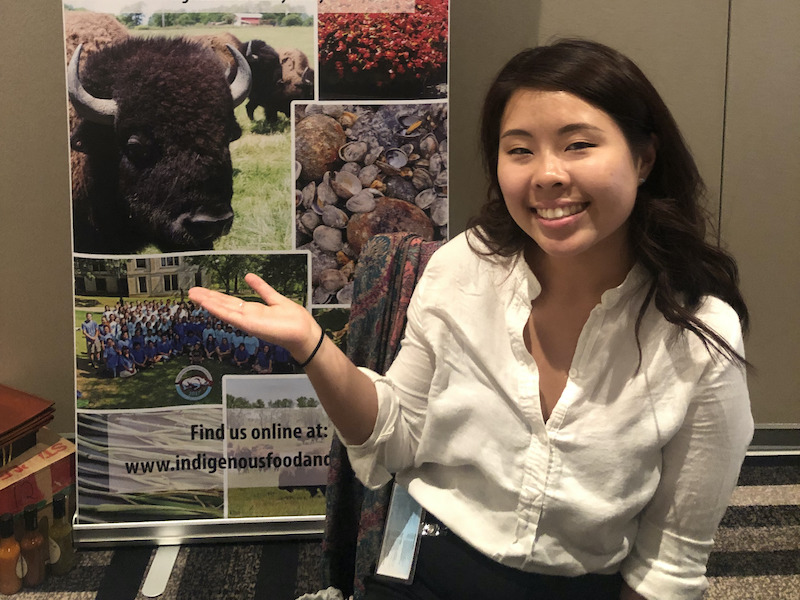 Above: Emily Hwang at an IAC conference in Las Vegas, December, 2019.

As a former Pennsylvanian resident, I would like to say to my Northerner friends and family that Arkansas is misunderstood. It’s Arkansas (ahr-kuhn-saw) y’all, not Alabama or any other state that starts with an “A.” When I first got here, something that stuck out to me was how much people like living in Northwest Arkansas—they will tell you to keep it a secret. Shortly after settling in, I understood how the Ozark mountains, the Fayetteville Farmers Market, and the Razorback Greenway could charm someone into calling Northwest Arkansas their home, which was once home to the Osage and Caddo people.

It was nearing the end of summer when my field site partner, Anne Marie, and I arrived in Fayetteville. The warm heat and stillness from lack of university students created the best opportunities for exploring. During our first weekend together, we discovered a hike in the mountains that led to a swimming hole—it was a good sign I found myself paired with another intrepid spirit. We continued our adventurous energy by beginning our second week of the fellowship traveling to Minneapolis, Minnesota for the Native Nutrition Conference. My field site placement, the Indigenous Food and Agriculture Initiative (IFAI), brought me along to the conference where I learned about the wealth of indigenous knowledge on food and health, met passionate community leaders, and experienced the Haka for the first time done by a New Zealand attendee. To say the least, I was excited and overwhelmed.

I felt overwhelmed by my transition to Arkansas, coupled with the exposure of all the diversity and rich knowledge nestled in Indian Country as well as the sorrowful history of wealth and land extraction from Native people in the U.S. that we rarely hear about in media or in school history textbooks. In fact, 87 percent of state-level history standards fail to cover Native people history in a post-1900 context1. My public school education neglected to acknowledge the 5.5 million American Indian and Alaska Natives in the U.S. today and the distinct ethnic and political status of Tribes and their Tribal members2. In school, I learned that the United States federal and state governments have political power in this country; however, I was unaware about the missing components to this curated version of U.S. politics. That there are three sovereigns in the United States: the federal government, state governments, and Tribal governments (also known as sovereign Tribal nations or Federally Recognized Tribes). In exchange for millions of acres of land, Tribal nations received the guarantee of self-governance on their own lands, establishing a nation-to-nation relationship, as well as access to federal assistance to ensure the success of Tribal communities. Furthermore, the United States has 574 Federally Recognized Tribes and 100 state recognized Tribes3. Each of these sovereign Tribes have their own distinct laws, policies, and self-managed taxes—just like that of a state government. Nevertheless, expanding and recognizing Tribal sovereignty as a country and within federal law acknowledges that Tribes have the right to make choices for the success of their communities.

The IFAI’s staff promotes Tribal sovereignty by providing their expertise in Indian law through the creation of educational resources in order to empower Tribal governments, farmers, ranchers, and food businesses throughout Indian Country. In 2018, the organization notably worked with the Native Farm Bill Coalition, a coalition of more than 170 Tribes and Tribal allies, to put 63 Tribal provisions in the Farm Bill that promote Tribal sovereignty and economic development in Indian Country. Along the theme of policy, my placement here has tasked me with creating briefing materials on Child Nutrition Reauthorization for Tribal leaders which includes a resource library of fact sheets describing the funding, administrative roles, and eligibility of each federal Child Nutrition Program in addition to breaking down the Congressional committees that have jurisdiction over Child Nutrition Programs.

Overall, my experience learning from the IFAI staff and my friends across the hall at the Native American Agriculture Fund has exposed me to the strength and resilience of Indian Country, pushed me to learn the ins and outs of Child Nutrition Reauthorization, and equipped me to be a better ally. Thanks to this exposure, I have unlearned, readjusted, and challenged my unconscious perceptions of Native people. For those looking to be allies, Changing the Narrative About Native Americans: A Guide for Allies is a two-year long project rolled out by Echohawk Consulting and the First Nations Development Institute created to dispel false, toxic narratives fabricated about Native people. With two weeks left in Arkansas, my heart is heavy to leave the genuine people I have met. As I move forward, I intend to gather my lessons and connections and weave them into my next placement with the United States Department of Agriculture, Food and Nutrition Services, Child Nutrition Programs. 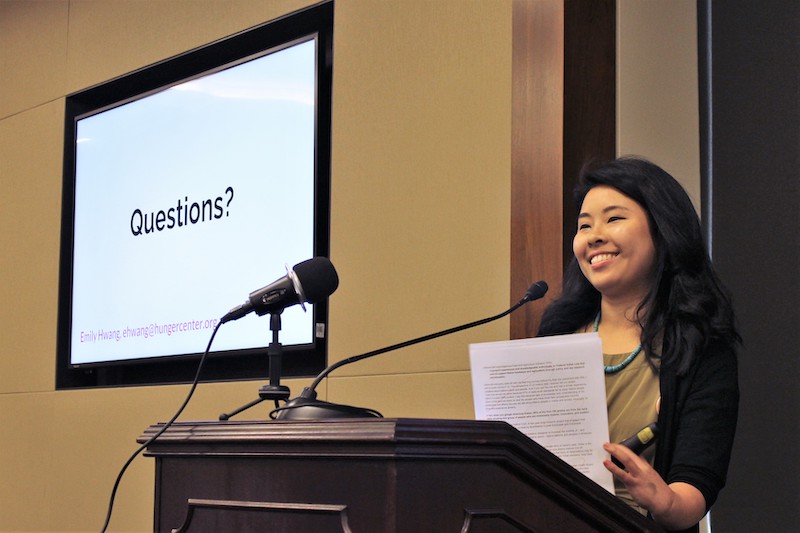