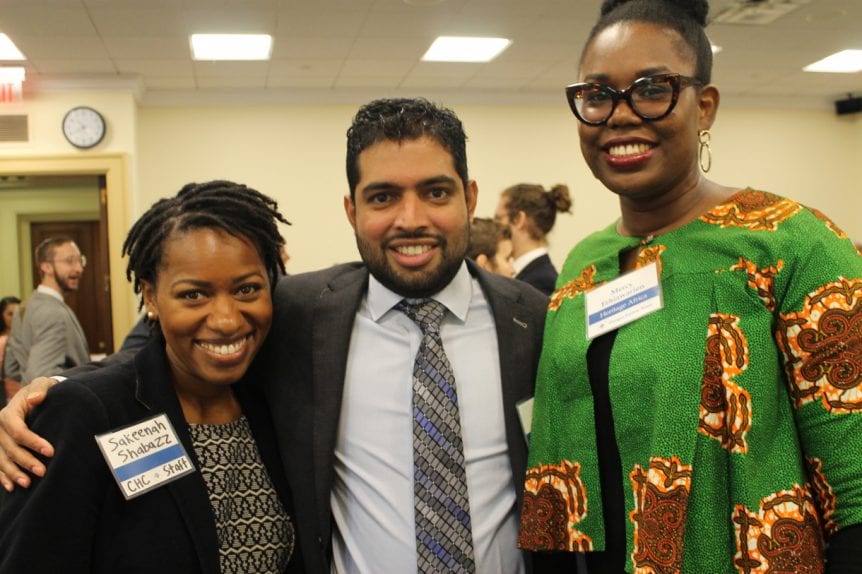 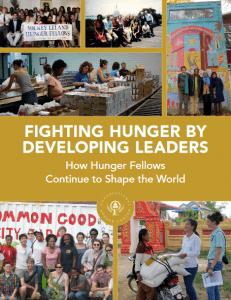 The report combines data on alum outcomes and career paths with profiles of alums who are working to end poverty and hunger through work with nonprofits, foundations, NGOs, and all levels of government.

According to the survey conducted in fall 2017, 75 percent of Hunger Fellow alums go on to work in fields promoting the social good. What’s more, their fellowship experience has contributed directly to alums’ development as leaders—91 percent of alums surveyed indicated that their fellowship experience impacted their ability to lead with others. “The time I spent as a fellow made me a stronger advocate,” said Cara Brumfield, an alum profiled in the report, who currently works at the Georgetown Law Center on Poverty and Inequality. “That really impacted who I am and the way I think about solving problems of poverty and hunger.” 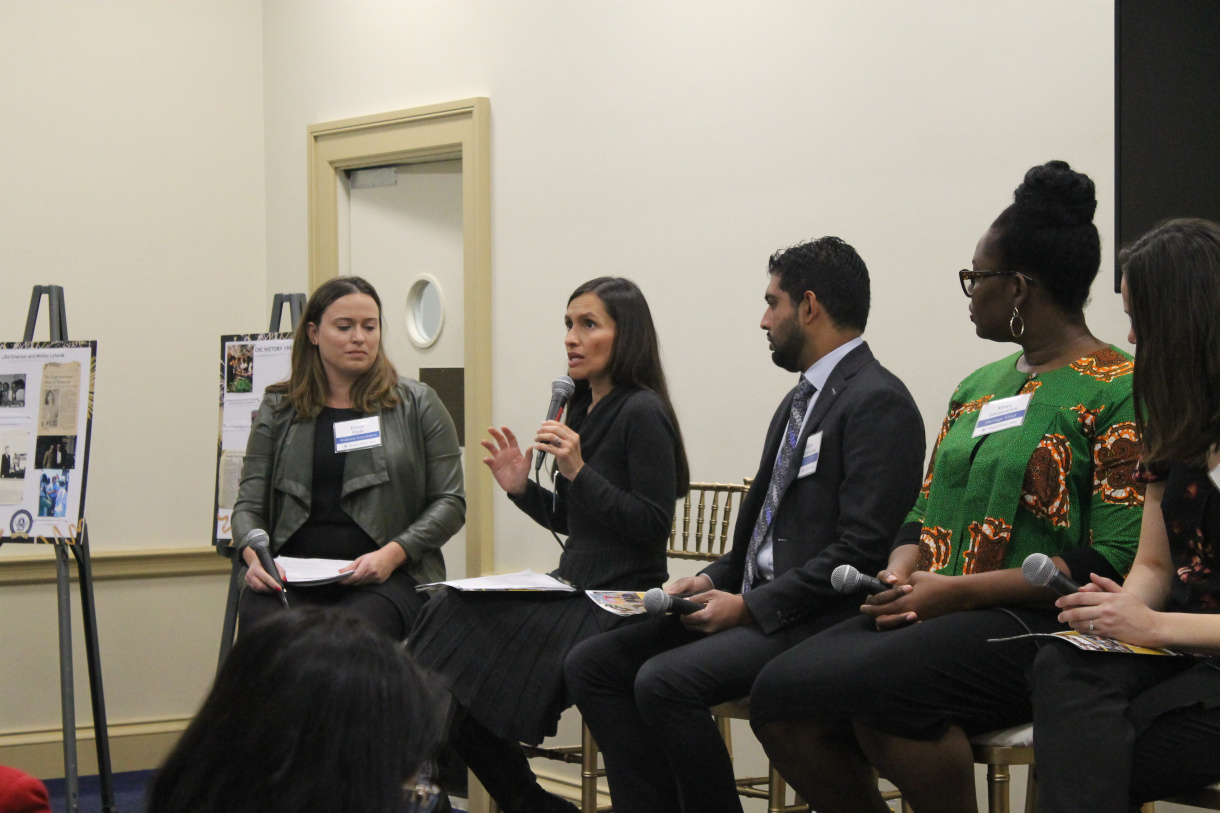 Eighty-nine percent of alums indicated that their experience impacted their ability to create change. Many alums cited their exposure during their fellowship to a wide variety of stakeholders and viewpoints as crucial to their growth. “The fellowship was a huge influence in my development, hands down,” said Eileen Hyde, Director of Strategic Initiatives at Walmart Foundation. “Being exposed to the different stakeholders and approaches across the antipoverty and food access community was really valuable.”

Adam Norikane, Deputy Chief of USAID’s Office of Economic Growth and Integration in Nairobi, Kenya, agreed: “Getting exposure to Washington, our elected officials, think tanks, and advocacy organizations…was invaluable. The opportunity to get schooled by experts on a lot of these issues has been crucial to refining my understanding and my approach to tackling hunger.”

According to Shannon Maynard, Executive Director of the Congressional Hunger Center: “What this report shows is that years, sometimes decades after their fellowship, our network of leaders continues working to end hunger and poverty—through civic engagement, volunteering, philanthropy, service on boards, and directly through their careers.”

The report was released formally at an event at the Rayburn House Office Building on Wednesday, October 31, featuring a panel discussion of Hunger Fellow alums including Damiana Astudillo, Director of Agriculture at the Millennium Challenge Corporation; Indivar Dutta-Gupta, Co-Director of the Georgetown Center on Poverty and Inequality; Mercy Erhiawarien, Executive Director of Heritage Africa; and Bridget Murphy, Director of the Parent Engagement Institute at the Logan Square Neighborhood Association. The discussion was moderated by Eileen Hyde.

Watch the live video of the discussion here.

At the event, the Congressional Hunger Center also announced a new partnership with the University of Virginia’s Frank Batten School of Leadership and Public Policy to provide tuition assistance to successfully admitted graduates of the Hunger Fellow Programs.